Before diving into Online Casinos in Norway, let’s have a look at some misconceptions!

Americans tend to group ‘Europe’ together as if it is one country, whilst Brits have a tendency to look at Scandinavian countries as a group and assume attitudes and regulations are similar across each country. This is overly simplistic and, particularly when it comes to gambling laws, unhelpful.

How Strict is Gambling in Norway?

Norway is viewed as one of the strictest countries in Europe regarding its gambling laws and has its own way of permitting and monitoring gambling within its borders, and overseas.

With new legislation proposed as recently as June 2020, it’s even more important to understand the existing laws, and the proposed amendments, which impact the Norwegian gambling scene let alone online casinos in Norway.

Here’s everything you need to know about gambling and online casinos in Norway.

Welcome Bonus Offer up to £100 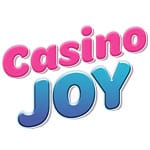 New players only. Use promotion code welcome200. 100% up to £100 welcome bonus will be granted as a pending bonus. 30X wager requirement
Play Here

New players only, Maximum bonus is £123, Max bet with bonus is £5, No max cash out, Wagering is 50x - Skrill &Neteller excluded, Eligibility is restricted for suspected abuse, Cashback is cash, so no wagering, Cashback applies to deposit where no bonus is included. Full T&C’s apply
Play Here 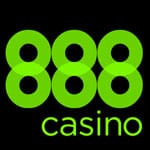 New players only. Use promotion code welcome200. 100% up to £100 welcome bonus will be granted as a pending bonus. 30X wager requirement.
Play Here 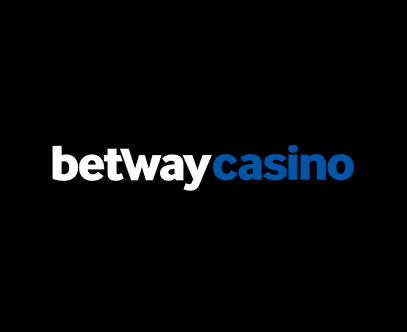 NO DEPOSIT (Book of Dead) 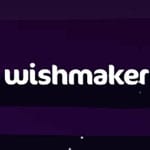 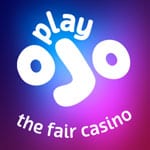 This offer is only available for first time depositors. Min deposit is £10. 50 Free Spins on Book of Dead. Spin Value: £0.10. After your first deposit you may claim your 30 Extra Free Spins by visiting the Kicker Section. No min withdrawal. This offer cannot be used in conjunction with any other offer. This offer is only available for specific players that have been selected by PlayOJO. If you have arrived on this page not via the designated offer via PlayOJO you will not be eligible for the offer. OJO’s Rewards and Game Play policy applies.
Play Here 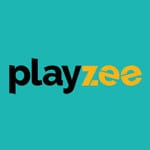 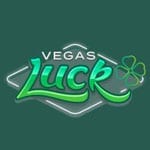 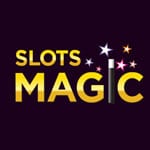 New customers only. First deposit bonus only. Min deposit £10 max Bonus £50. Game: Rich Wilde and the Book of Dead, Spin Value: £0.10, Max Spins:50. WR of 30x Deposit + Bonus amount and 60x Spin winnings amount (only Slots count) within 30 days. Max bet is 10% (min £0.10) of the spin winnings and bonus amount or £5 (lowest amount applies). Spins must be used before deposited funds.First Deposit/Welcome Bonus can only be claimed once every 72 hours across all Casinos. Full T&C's Apply
Play Here 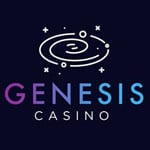 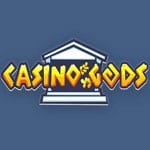 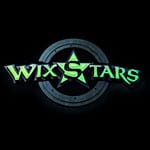 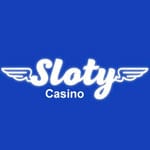 New customers only. Min Deposit: £10. First deposit matched up to £10. 1 x wagering at odds of 1.75+ to unlock Free Bet. Debit Card deposits only. This offer is valid for 7 days from your new account being registered. Terms apply
Play Here 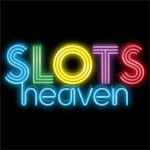 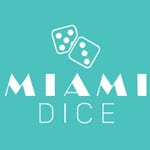 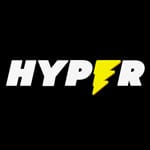 18+, New player only. Min deposit £10. Wagering 45x bonus. Max bet £5 with bonus funds. Live casino play excluded with bonus. 100% up to £100 bonus on 1st deposit. 50% up to £200 bonus on 2nd deposit. Welcome bonus excluded for players depositing with Skrill or Neteller. No max cash out on depositing offers. Eligibility is restricted for suspected abuse.
Play Here 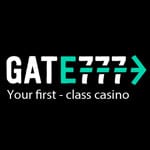 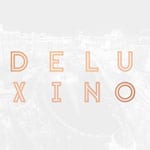 History of Gambling in Norway

Medieval lopsided dice with numbers missing found in Norway have led to speculation that either such objects were used for cheating, or could have been part of a now-lost game which did not feature the numbers one or two.

Whichever it was, the unearthing of multiple dice in Norway’s buried Medieval streets shows that gambling was popular in pubs and taverns in the country at this time.

In fact, gambling has been a part of Norway’s culture for centuries, but has remained heavily restricted in terms of legality.

In 1902, the Norwegian Penal Code declared that only casino games offered by special licence holders would be considered legal in the country. Only legal authorities can grant these permissions, and unauthorised organisations would be prosecuted.

It took until the 1927 Totalisator Act for any real change to these strict laws, as the Totalisator Act made horse betting legal, although it was to be strictly licensed by the Government.

Norsk Rikstoto was granted the permission to offer horse racing betting services, and to regulate the industry on the Government’s behalf.

These practices more or less remained the only legal betting options for Norwegian citizens until 1992, when the Gaming Act and the Lottery Act were put in place.

The 1992 Gaming Act permitted Norsk Tipping to offer lotteries and football betting. Whilst the Lottery Act of the same year relaxed the rules to allow social organisations to run slot machines and lotteries, with the proviso that the money would be used to benefit society.

These days, the Norwegians take almost the opposite approach to nations such as New Zealand and Canada.

Instead of concentrating on controlling gambling within their country and permitting their citizens to gamble online at sites based overseas. Norwegian laws strictly limit Norwegian citizens from spending their money at overseas casinos.

That’s not to say they aren’t strict on gambling within Norway too.

Until 2015, even playing poker in your own home was strictly illegal. The relaxed laws allow games in private residences, but the following rules apply:

Norwegians have devised and implemented a monopoly system whereby the vast majority of the gambling sector is controlled by two Government-owned bodies.

Norsk Tipping is a Government-owned lottery company which provides ‘games that create excitement and entertainment with responsible limits, with the profits going to good causes.’ These games come in the form of lotteries, online casinos, and sports betting, primarily football.

The Norsk Tipping 2018 Annual Report stated: “Norsk Tipping estimates that the total regulated gaming market in Norway was worth about NOK 10.5 billion, an increase from NOK 10.2 in 2017.”

Norsk Rikstoto meanwhile, manages ‘parimutuel betting’ on horse racing (on behalf of the Norwegian Government)a practice where the entire profit goes back to Norwegian equestrian sports.

“In 2018, more than NOK 500 million was transferred for this purpose. The money goes to, among other things, children’s sports, education, breeding, research, horse welfare and horses in therapy.”

Just a note on horse racing in Norway, it’s not quite what we’re used to in the UK or America!

Instead of jockeys riding horses in saddles, it is ‘harness racing’ where the jockey controls the horse from a small wheeled cart it is pulling, with the aid of long reins.

Thus, if Norwegians wish to bet on international horse racing, they must find an overseas bookmaker.

Pros and Cons of Online Casinos in Norway

Norwegian citizens can still get between 3 months to 1 year in jail for illegal gambling, and, of course, fines are issued as well.

However, there are actually no specific laws against gambling online in Norway, so it is considered to be a legal loophole.

Many UK and European sites accept Norwegian players, as do those based in Canada’s Kahnawake native reserve. These sites are generally acknowledged to offer a bigger and better game selection than their Government-controlled Norwegian counterparts.

Recognising this market, games providers have made an effort to incorporate features that they think will appeal to Norwegian players, as well as those from other countries with strict gambling laws. Just think about how many Norse or Viking slot titles there out there!

Many also feature language options and translations to make it easier for foreign players to get to grips with the sites.

Unlike New Zealand, for example, winnings from overseas sites are taxable in Norway.  That’s if you manage to get accepted onto a foreign site in the first place, which is tricky due to the prohibiting of Norway’s credit and debit cards.

In June 2010, the Government passed a law which forced Norwegian banks to deny usage of debit and credit cards at online and offline casinos in other parts of the world.

Yet with the rise of alternative safe and secure payment methods, such as e-wallets, it’s entirely possible for Norwegians to set up accounts on foreign sites.

Taking Control of Gambling in Norway

The idea behind the new legislation is to consolidate the Lottery Act, the Gambling Act and the Totalisator Act under a group of gambling laws that would apply to the entire Norwegian market.

“The purpose of the bill is to improve responsible gaming [standards] and to prevent problems and other negative consequences of gambling,” Minister of Culture and Gender Equality Abid Q. Raja said.

“We still want voluntary and non-profit purposes to benefit from the profits that gambling generate, and the bill facilitates this, but at the same time also demands more efficiencies from Norsk Tipping.”

Key points in the bill are as follows:

Norsk Tipping and Norsk Rikstoto to retain the exclusive right to offer gambling
The Government hasthe final say on board appointments to each business
Ministry of Culture will assume responsibility for all elements of the gambling market, including rules governing the horse racing sector (currently overseen by the Ministry of Agriculture and Food)
Remote operators would still not be permitted to offer gambling in Norway
Foreign operators will remain banned from advertising gambling in Norway
Advertising will also be tightened on the monopolies to ensure children and those self-excluding from gambling are not targeted
Norsk Rikstoto and Tipping would also need to carry out regular risk assessments

The country’s regulator, Lotteri-og Stiftelsestilsynet, has also announced its intention to carry out a survey into Norwegian banks with regards to authorising payments to and from overseas online casinos in Norway.

As Norway continues to closely examine and, in some cases, tighten, its gambling laws, it will be interesting to see how the online gambling industry adapts to continue to provide services to Norwegian customers.